I've had quite an exciting week.
On Thursday I was off to a conference - which turned out to be REALLY boring !! However, in my train carriage, on the way there, was Rick Mayall
from The Young Ones. Not that surprising, as he's my neighbour, but diverting, nevertheless.
Then, on the way home, John Prescott ,
yes, JOHN PRESCOTT, was in my carriage. I got on at Westminster station, but impressive stuff, even so.
Then when I got home, my street was cordoned off and riddled with police, due to a robbery - what an exciting life I lead !!

However, the biggest event this week was organising a life drawing class for the X Factor finalists ! They came to a secret location in West London (except Eoghan - he was deemed too young !) and drew one of my male models. There's a twist to it, which I can't tell you about until after the broadcast. Have a look at the Xtra Factor on Saturday night (29 Nov ) to see what we did !

Last Saturday, we had yet another fun life drawing hen party in Notting Hill!
Cheerio for now

How I Came to Be Organising Life Art Hen Parties 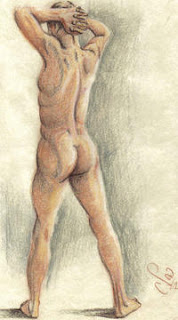 I'm a life model myself and help run The Register of Artists' Models . For many years I have run drop in life drawing sessions, including the famous Bare Facts session at the
Islington Arts Factory . This takes place every Wednesday evening at 6.30pm.

I recently branched out into arranging private life drawing sessions as and when. This happened quite by chance. As I had a nice studio space available near where I live, I decided to start another drop in life art class. This was short lived, for various reasons, but I kept an ad up on Gumtree saying I had a nice studio available and could organise private life classes for groups or individuals.

One of these events happened to be a hen party; word got around and now here I am organising life art hen parties regularly! They're great fun and you soak up a bit of culture as well!
Oh, and the hen receives a voucher for 2 people to attend a session of our weekly life drawing workshop!!

I'd love to hear from you

All photos are subject to copyright and any unauthorised copying or use is prohibited.
Posted by Rachel at 02:41 No comments:

Rachel
Why not try something different for your hen do? A life drawing hen party! We run life art classes for hen parties, featuring a nude male (or female) model - yes, naked!

We started this - it has now spread all over the world! We are the original - and the BEST!!

We arrange the studio, model, tutor/workshop leader, materials for you; your part is simply turning up to draw and have a great time! Or we can come to you at your home or hotel.

Our models are all reputable members of our Register of Artists' Models (RAM) and for you we select only the most charming and attractive.

This is a great way to kick off your celebrations, and you're learning something new and having fun. You can even bring your granny! We also offer afternoon tea in London.

Please include a phone number! 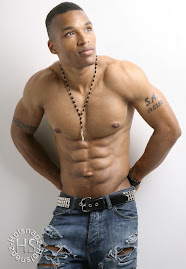